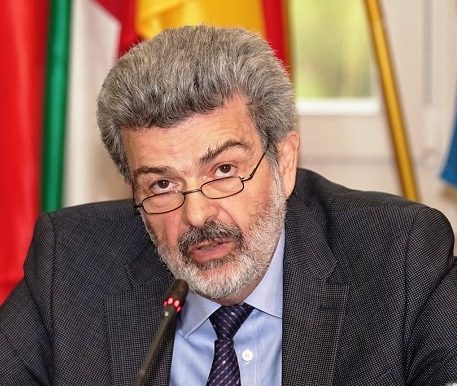 Napoleon Maravegias is Professor of European Economics at the Department of Political Science and Public Administration and Vice-Rector of the National and Kapodistrian University of Athens. His main research interests include regional and structural policy of the EU and macroeconomic analysis and European integration. From 2008 to 2010 he was member of the Hellenic Quality Assurance and Accreditation Agency in Higher Education (HQA). From 2010 to 2015 he was President of the Governing Board of the Technological Educational Institute of Ionian Islands and since 2010 he has been Vice President at the Jean Monnet Centre of Excellence of the University of Athens. In 2012 he served as Minister of Rural Development and Food in the interim Greek Government. He is also Director of the Research Center for Economic Policy, Governance and Development of the University of Athens and Editor of the Scientific Journal “Region & Periphery”. In 2001 he was decorated with the medal of the Order of Merit by the French Republic for his contribution to science. Napoleon Maravegias is author and editor of several books in the field of European integration and economic governance and a regular columnist for Greek newspapers. In addition, he has participated as Academic Coordinator or staff member on several European programs including Erasmus+ Jean Monnet Programs and in particular: “Stimulating EU Teaching in Schools-553171”, “European Governance in Key Sectors for Greece’s Recovery: Agriculture, Tourism and Maritime Policies-553448” and “Promoting European Values and Citizenship in Multicultural Classrooms-575156”. Professor Maravegias will be the Academic Coordinator of the proposed project.

The European Commission's support for the production of this publication does not constitute an endorsement of the contents, which reflect the views only of the authors, and the Commission cannot be held responsible for any use which may be made of the information contained therein.
Contact us: ekopda@pspa.uoa.gr